The history of interior design is vast, and you could argue that even since humans were cave dwellers an element of interior design has existed. What we see today is the result of modern-day artistry and innovation, combined with the rich history of design we find before us. Interior decoration has been an ever-changing, always-moving phenomenon that says a great deal about our incessant striving to be better, and be different. 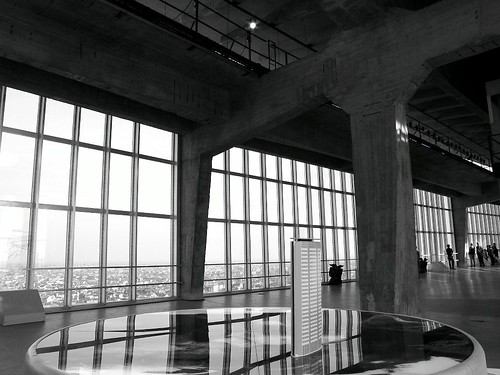 It might make sense to start off this brief historic guide with elements of prehistoric design. Native design is a fundamental influence of modern design – there are similarities between the designs produced by indigenous people, and modern designers, such as certain patterns, weaving in rugs, pottery and so forth.

Moving forward from prehistoric design, one may find himself in Ancient Egypt, where the interior design says a great deal about the Egyptian people. Tombs have provided evidence of minimalistic furnishing, bright colours and wall decorations. At this time, interior “decorating” only existed in palaces and in homes of the wealthy. The costs did not fit with the limited lives of the common Egyptian.

And from there, we can see clear similarities in the interior design of the houses of Ancient Greece and Rome – though the two latter display a great deal of originality too. In Greece, for instance, the décor is defined by the use of wall painting, sculpture and accessories. The rules employed in Ancient Greece were stricter than seen previously. At this point, houses were being designed with more of a purpose in mind – rooms would be built for certain times of the year and so forth. The Romans borrowed and adapted much of the Greek’s eye for form and design and the interiors of the grand villas show evidence of lavish furnishings.

It might be wise to move on to the Middle Ages – where a huge amount of influence is found, as well as a lot of innovation and change. Here, one bears witness to the huge influence of Byzantine, Gothic and Christian design in the interior design of constructions. From these influences, designers would move with the Italians and the English, Renaissance and Rococo. At this time, the importance of artistry and creativity inside the home really started to be seen – ornate decorations and detailed handiwork.

Up until the Industrial Revolution, only the rich and powerful had the luxury of enjoying interior design. Post-revolution, middle-class people found themselves in a position – thanks to cheaper products and an increase in jobs – to play with the idea of interior decoration. At this time, interior design flourished as a profession, and the press got involved – magazines started displaying different designs and concepts.

The 20th and 21st centuries gave birth to a myriad of new ideas and concepts – interior design changed rapidly and indefinitely. The lofts of Manhattan and structures of Barcelona exemplify this well. Contemporary designers allowed for homeowners to dictate the style of their homes more in tune with their own preferences (and not the specific styles of the age). Today, more designs exist than ever before, and modern designers enjoy playing with entirely new concepts, as well as revisiting past designs and styles for inspiration.